The Vrsic Pass, with an elevation of 1,611 meters, is a high mountain pass across the Julian Alps in northwestern Slovenia. It is the highest pass in Slovenia, as well as the highest in the Eastern Julian Alps and yes, we went right up and over the top of it! Poor Miles McFlattery, he took a serious beating on this one!

Kranjska Gora is the most famous of all the Slovenian Ski areas and this is where the Vrsic pass started. The end was the small town of Bovac. In between is listed as one of the World’s Most Dangerous Roads! What was I thinking?

Our Drive over the Vrsic Pass

From Kranjska Gora, the road starting gently winding uphill. We passed by the beautiful Jasna Lake and shortly hit our first serpentine (a hairpin bend). There are 50 serpentines, 24 on the side of Kranjska Gora 26 on the Trenta side.

We set out all smiles, but very shortly Miles started to struggle. The Vrsic Pass was way steeper than I imagined and the hairpin bends on an almost single track were at about a 40-degree angle! There was nowhere to turn – or stop – and then the rain started bucketing down. The sheer drop on our right was bad enough, but when oncoming cars had to pass, I could barely breathe with fear. We inched our way up in first and second gear. Third gear wasn’t even an option!

Things to See on the Vrsic Pass

Each hairpin bend is numbered and shows its elevation, so you know where you are.  I had a few places of interest noted down to stop, but I couldn’t find places big enough to pull over and park Miles our campervan.  The rain was coming down and Miles really struggling, I was kinda freaked out with my eyes absolutely glued to the road, so perhaps I missed opportunities to stop?

So, in the end, I didn’t get to see the Russian Chapel (Bend #8), the hole in the mountain, known as Front Window (Bend #16), the Pagan Girl (Bend #16) and the stone Cairns left by fellow travelers. Come to think of it, the stone cairns were probably not visible under the 5 m of snow! Having Fun on the Vrsic Pass

At the top, there was a big, flat, parking lot and snow. Oh, so much snow! And Tai was like a kid in a candy store. He grabbed a bowl and a knife and set about cutting chunks of snow into his bowl. He then spent the rest of the trip gleefully crunching on the snow.

The views up here were absolutely breathtaking! The majestic Julian Alps rising all around us, with Mount Triglav dominating the horizon. For a few minutes, I just drank in the beauty and forgot all about the stress and fear required to get us to this point.

Then came the downhill and it was a hundred times worse than the uphill! Once again only first and second gear, rain, oncoming cars on this narrow road and the brakes weren’t doing too well, in fact, they were doing less and less braking and I was beyond stressed.

Finally, we managed to find a teeny place to pull over. The smell of brakes and clutch was horrid, but the worst is we still had 5km’s to go down and I had no idea if the brakes were going to work?

After a good 30minute break, we got going again. The brakes were hundreds and little Miles did, in fact, get us safely to the bottom of the pass at Trent. From here the road leveled out considerably and we were treated to the most spectacular sight of the turquoise water of the Soca River. It is quite inconceivable that water could be this colour – just magical!

From Trent, we followed the meandering of the Soca River until we reached Bovec – the adventure center of Slovenia and the place where we were going to do some white water rafting!

After the Vrsic Pass, we are ready to conquer any mountain passes that should come our way!

When I drove the Vrsic Pass, I had had the campervan for about 10 days and we had always been on big motorways which were easy. The Vrsic Pass was the first time I had driven on a narrow road, where passing cars required coming to a dead stop and then inching forward – or backward! After a few months on the road, I have definitely learned about Miles’s capabilities and have his width in my mind’s eye. I’m not sure that I would be quite as terrified driving the Vrsic Pass now as I was then. It’s is not the hairpin bends that were so scary. but the gradient of the road and the fear that Miles just was not going to make it up, even in first gear.

To those of you wanting to do it in a campervan, make sure you know your camper’s limitations and your own abilities and try not do it in the pouring rain! 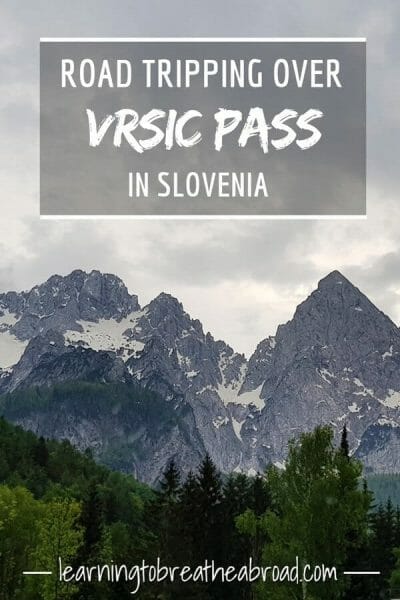 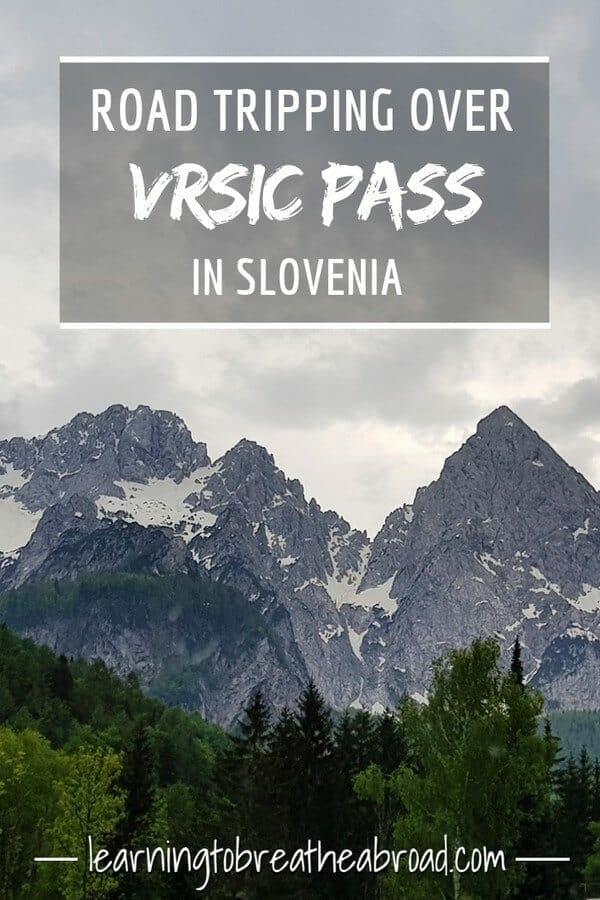 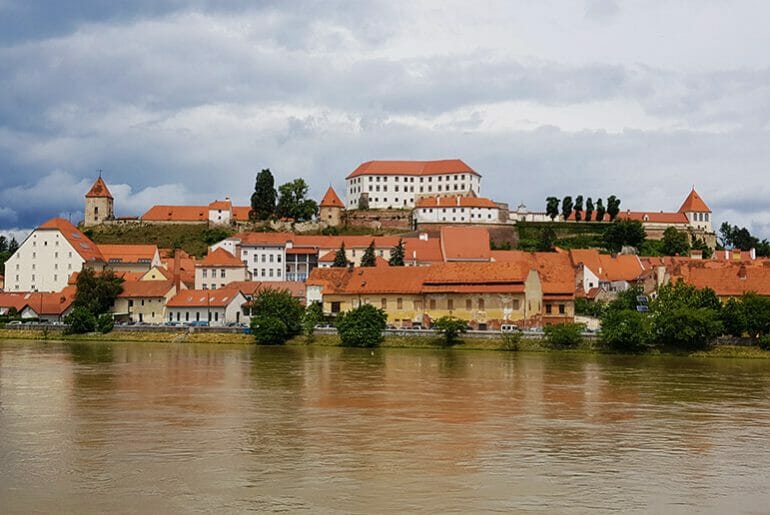 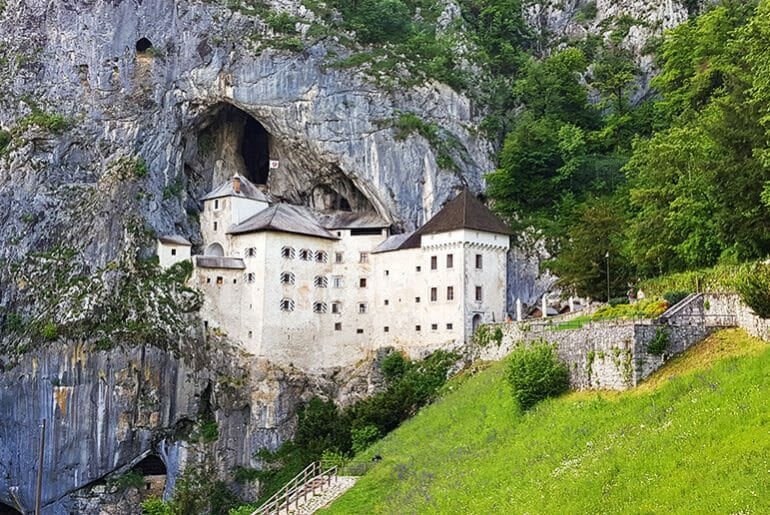 Our favourite things to do in Slovenia’s Karst Region 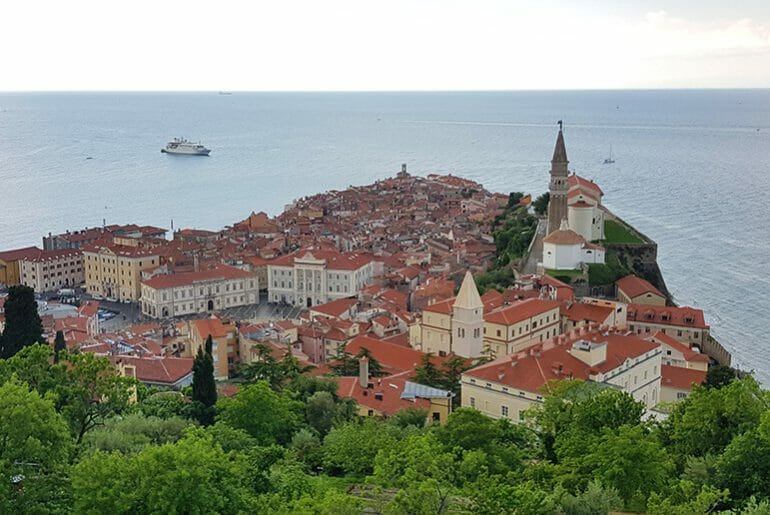