Pristina is a fun, young, vibrant, although it has to be said, a rather ugly city. The city is in a state of transition with dilapidated old communist-era buildings, next to old Ottoman style architecture and a steel and glass skyscraper looming overhead. The people are mainly Albanians so the language is Albanian, but there was always someone in earshot who could speak perfect English. Despite the recent turmoil, we felt perfectly safe and the hospitality we were shown was incredible.

The architecture in Pristina, well who knows what hallucinogenics the architects were taking when they drew up these designs! They do make for interesting discussions as to what they were thinking of when they imagined these.

Things to Do in Pristina

The first is the National Library of Kosovo. Tai thought it looked like someone had blown a whole bunch of bubbles and then thrown a huge metal fishing net over the top, to keep the bubbles together. The inside was as retro in it’s design as it comes with circular mosaic floors and stone patterned walls. The bubbles on the inside where beautiful though, providing huge domes with sunlights streaming down. I guess there was some method in the architectural madness.

Next to the bizarre library is the unfinished Serbian Orthodox Church. Construction began before the war but the now majority Muslim population has no desire to complete the building, so it has been left abandoned and open to anyone who wants to explore inside.

The stadium was another with a weird, wonderful and non-functional design.

In front of the stadium is one of Kosovo’s most popular tourist attractions, the Newborn Monument. The Newborn Monument was created in honour of Kosovo gaining its independence in 2008, making it the youngest country in Europe. On the countries anniversary every year, they repaint the monument to represent the theme for that year. 2018 is the 10th Anniversary so the letters have been changed to include the number 10.

The Kosovo War ended a mere 20 years ago (1998), when the NATO forces came to assist Kosovo against the Serbian forces. Still today, the residents of Kosovo love, admire and are grateful to the German and US troops who came to their aid. German and USA flags are a common sight and their love of all things America is evident with the huge statue of Bill Clinton in downtown Pristina. Although I’m not sure how he feels about the bird droppings on his head or his enormous hands! 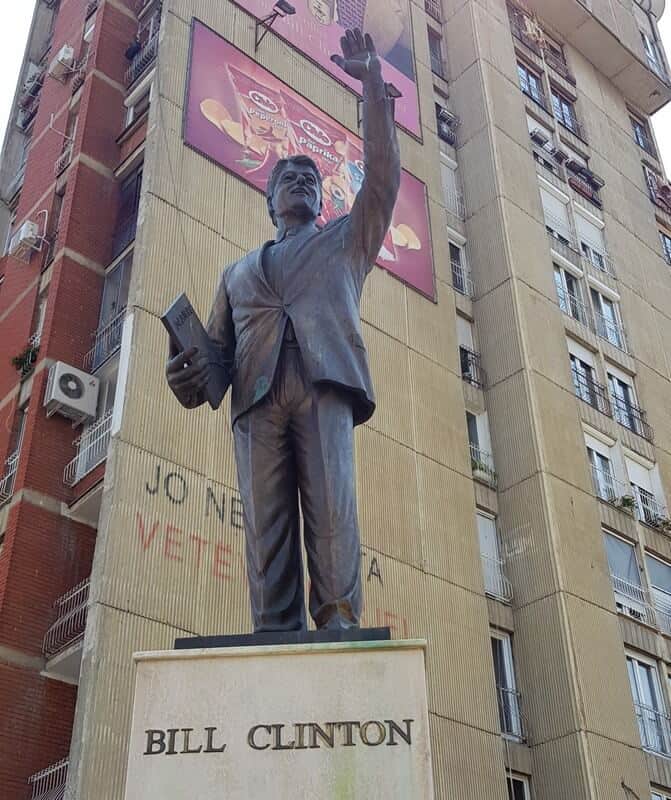 The Cathedral of Saint Mother Teresa

The Cathedral of Saint Mother Teresa is dedicated to the Blessed Mother Teresa, the Albanian-Indian Roman Catholic nun, and missionary. A short 3-minute walk from the weird National Library, it is the tallest building in Pristina.

The heart of the city is Bulevardi Mother Theresa Boulevard. This pedestrian boulevard is lined with cafes, restaurants, monuments and stalls and a steady stream of people wandering past.

The coffee culture in Kosovo is huge, and the cafes were full of groups of 3-4 men nursing the tiniest little coffee’s imaginable. I’m not sure where the women are as we only see men at these cafes. We decided to join them, so grabbed a coffee at one of the funky cafes and spent some time watching everyone going about their business.

The more time I spent in Kosovo, the more I fall in love with these happy, helpful, hospitable people. 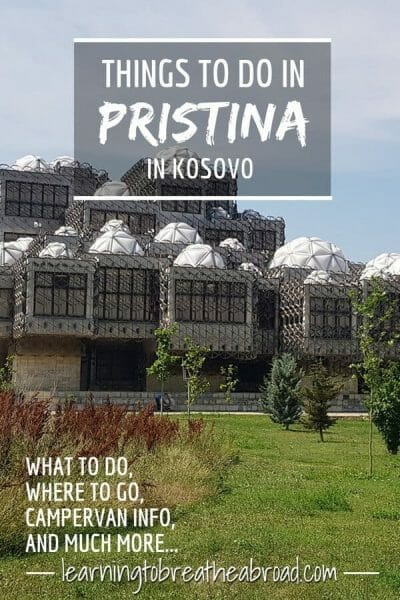 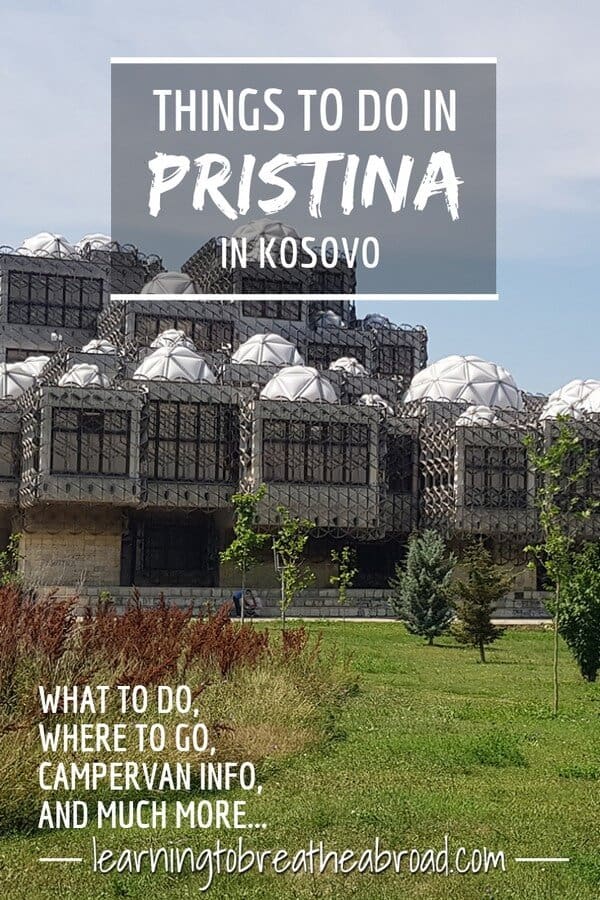 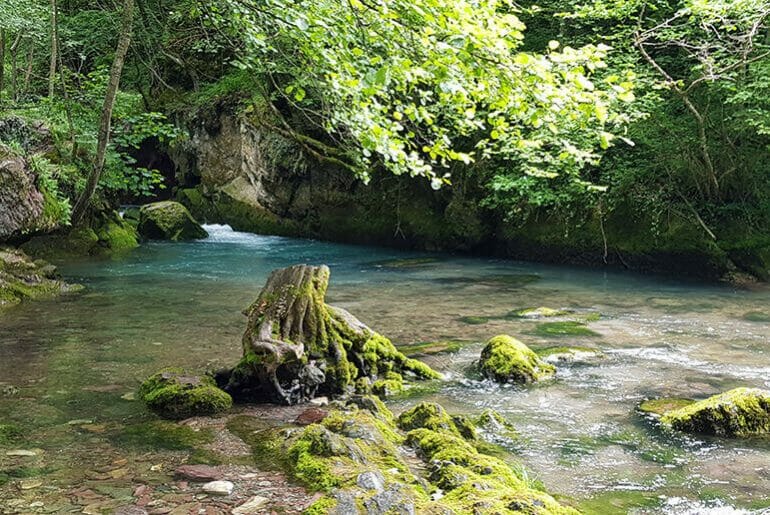 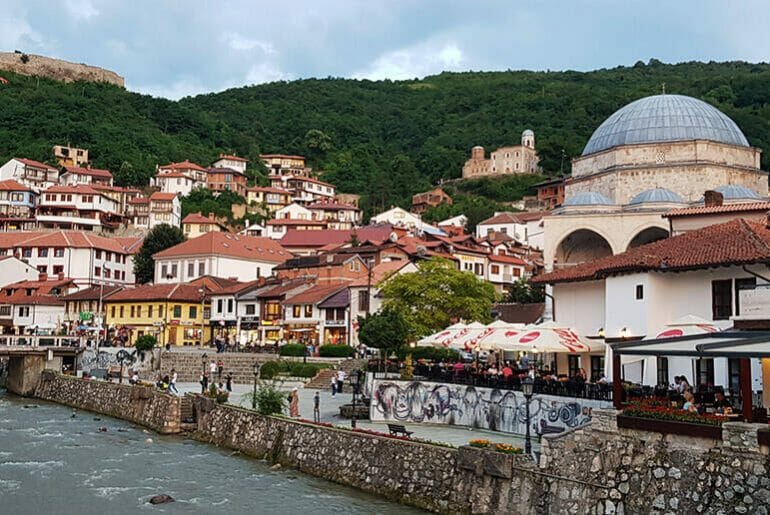 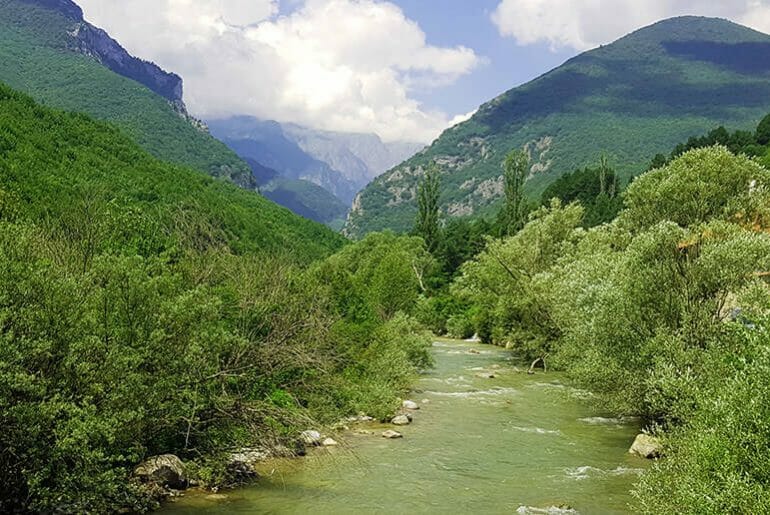