Today was not a good day. In fact, it was a downright shitty and stressful day. A day that makes you dig real deep to keep going when all you want to do is pack it in and go home.

We woke up on the very top of a hill, surrounded by hills and valleys with fields covered in spring flowers and fresh mountain air. We had spent the night on a farm belonging to a local family, who had cooked up a feast for our dinner the night before. I hadn’t been able to get a connection on my phone, but thought it was due to our remote location – only to realise that our 7 day SIM card had expired, so apart from a downloaded google map that I could view offline, I wasn’t able to research our next destination. The destination was Kosovo and we were headed to the most Southern Serbian town of Novi Pazar, from where we would continue across to Kosovo. First thing on the agenda was to get to Novi Pazar and most importantly, to find a restaurant with wifi.

The trip took about 2 hours through the winding, heavily patchworked, serpentine roads between the mountains, averaging about 50km per hour. I hadn’t been able to research places to park or where to go in Novi Pazar, so found the town’s name in Google maps, clicked on it and saved it as our destination. What I didn’t realise is that the point I had chosen was smack bang in the middle of the old town and before we knew it we were squeezing our way along teeny narrow streets with cars parked haphazardly all over. Tai was hanging out his window giving me assistance on how many centimeters there were before I hit something and then I did hit something! Although not the sides, but the roof! Some of the old houses were so low that we got sandwiched underneath the roof!

Neither of us could get out our doors to take a look as there was only about 10cm on each side, and the looks on the faces of the locals were not good. I had no choice but to continue forward with much screeching coming from our roof! I was so stressed that I just carried on driving until eventually, I found a place to pull over and park. We then retraced our steps back to the main drag, where we saw a guy up on his ladder busy fixing his damaged roof! We quickly took a side street. I clearly was a bit traumatized as in hindsight it was a terrible thing not to go see what I’d done and offer to pay for damages. I was pretty shaken by the whole episode, but it is no excuse for poor manners.

I realised afterward that I hadn’t taken a single photograph while in Novi Pazar so clearly I had been rattled to the core!

The center of Novi Pazar is pedestrianized and is one long continuous road of cafes, all super busy, but all only serving drinks. No food available anywhere? These guys take the coffee culture to a whole new level! We eventually found a place serving food and attacked the wifi.

We were about 30 minutes drive North of the Kosovo border and I could see 3 roads from Novi Pazar into Kosovo, but try as I might, I could not get Google Maps to choose those routes. It was insisting that I drive West into Montenegro and then into Kosovo, about a 2hr route. I had heard that the Serbian / Kosovo border crossings were very tricky and not always open. You can go from Serbia into Kosovo, but not the other way around, as Serbia does not see Kosovo as an independent country. I googled as much as I could but couldn’t find any answers, so tried to find a tourist information office in Novi Pazar. No luck on that front either. I wasn’t in the mood for issues and backtracking, so decided to forgo Kosovo and set our new sights on Montenegro. A month in Montenegro, I can’t wait!

Until we got to the Montenegro border…

You can enter all of the Eastern European countries if you have a Schengen Visa, but as a South African, you are only allowed 90 days in Schengen countries within a 180 day period. We are traveling for 6 months (180 days) so are only allowed in Schengen countries for 3 months (90 days) of that time. We have already used Schengen days in the Netherlands, Germany, Austria, Slovenia, and Croatia and I need to save the rest of my 90 days for Greece, Italy, Switzerland, Germany and the Netherlands. So to enter the Eastern European countries we especially got UK visas and I checked with each of the embassies that we would be allowed in on our UK visas.

So we got to the Montenegro border – where no one spoke English – and tried to explain that they must not use my Schengen visa and must please allow us to enter on our UK visas. He pointed at my Schengen visa and told me it was valid and so STAMP! I nearly burst into tears on the spot! We don’t have any more Schengen days so couldn’t stay in Montenegro, so a quick left turn, along with more steep serpentine roads, up over the mountain we went, headed for Kosovo. So much for 30 days in Montenegro – we had about 40 minutes! 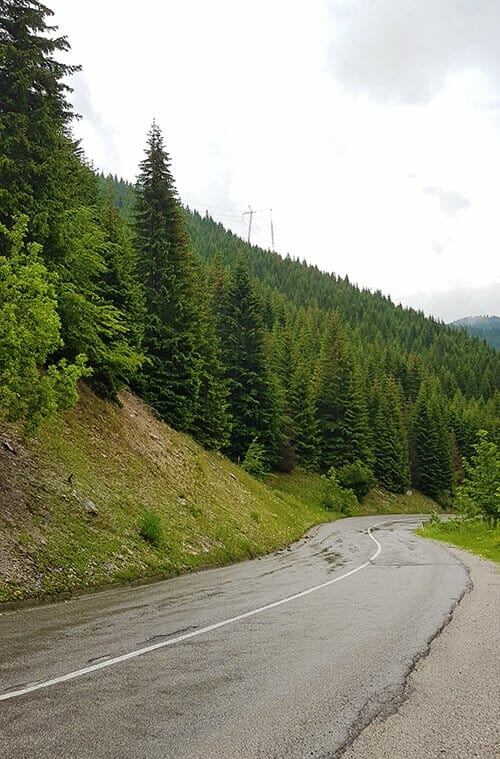 The lady at the Kosovo border was so lovely, asking about Cambodia, Thailand, and Vietnam after seeing our other visas. Our car insurance doesn’t cover Kosovo, so after stamping entry into our passports she told me to walk back to a wooden hut to buy insurance. The friendly guy entered my vehicle details and said 15 Euros, please. Hmmm.. I only had Serbian Dinar… and nope he wouldn’t accept that and no to a credit card!

The rain was coming down, I had been given entry to Kosovo, but couldn’t enter until I had insurance. I had money but not the right kind, so couldn’t pay for the insurance. I offered to pay double the cost in Serbian Dinar, but no luck. Then I spied a German number plate in the queue of cars so ran over and pleaded my case. I was in luck! He was going to Serbia, so happily exchanged 20 Euros for Dinar! I wanted to kiss him!

I paid for my insurance, hopped into Miles McFlattery and drove the treacherous serpentine road down the other side of the mountain into Kosovo. The scenery was stunning, but the stress of the day had somewhat dampened my enthusiasm for my surroundings. We stopped at the first nice restaurant, where the lovely owner told me we could spend the night parked around the back of the hotel.

While sitting in the restaurant, I started chatting to the couple next to me, she was from Kosovo and he was British. He runs a school here and has all sorts of international students. They often do field trips into Montenegro and he has a guy who he calls his “visa guru”, who sorts out visas for everyone. We are meeting him at 10 am tomorrow to see if we can get a visa for Montenegro. Fingers crossed!!!!

Traveling isn’t always easy, in fact, most of the time it’s not easy, but the sights and the people you meet along the way are the things that make it worthwhile. Other days you have to dig deep. Sometimes real deep. It is in these times of deepest despair that you have no choice but to keep going and to find another solution. It always amazes me how at these times the universe places the right people in your path, so instead of collapsing in a ball crying, I just knew that, with the help of our new friends, we would find a way! I had found a ray of light and once again was filled with hope. 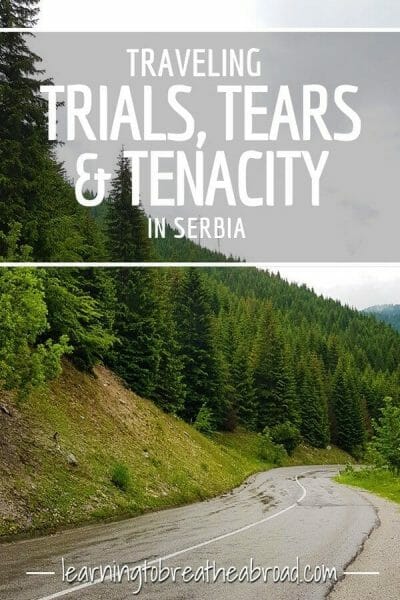 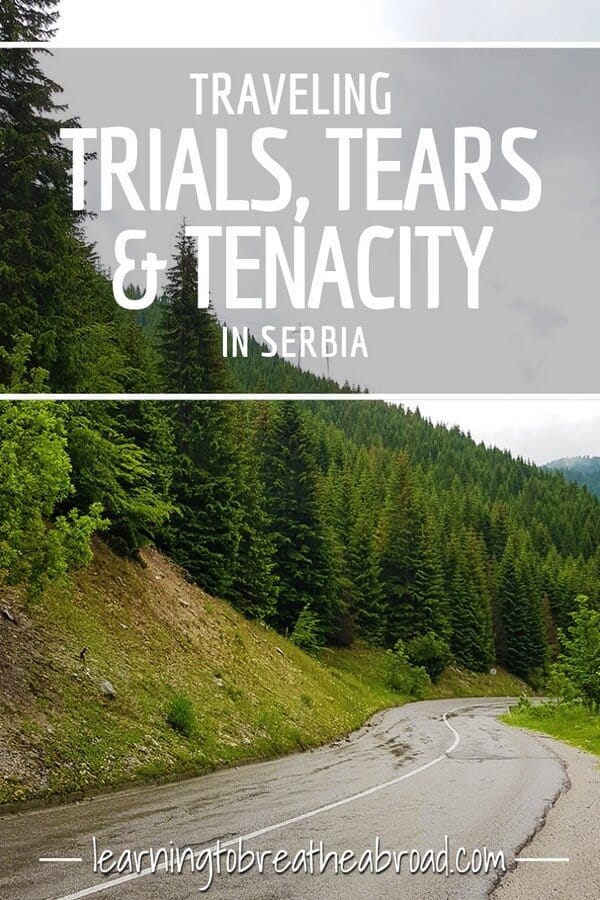